The Cheetah technology is based on sophisticated read-out ASICs called Medipix or Timepix, which is a family of photon counting and particle tracking pixel detectors developed by international collaboration. The result is hybrid pixel detector that obtains high resolution timing and spectral information of particles. In practice, the Cheetah retractable detector is experimentally proven to be the ideal detector for low dose and fast applications, where high SNR is crucial for beam sensitive materials. The Cheetah is the detector of choice for scientists in protein crystallography[1], microED[2], and automated continuous rotation ED[3] to acquire the data for ground-breaking research.

TimePix and MEDIPIX® are the key to fast imaging of single electron and crystallography of large protein structures. 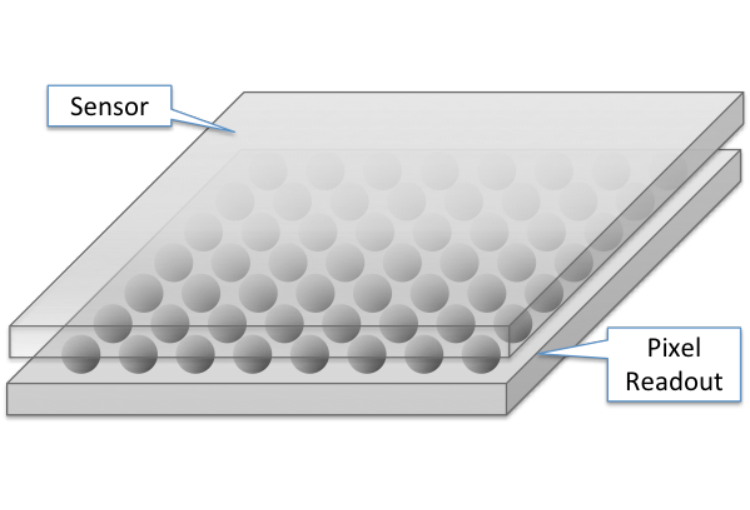 The first Timepix chip evolved in 2006 after the development of the Medipix2. The Timepix ASIC read-out has a maximum frame rate of 120 frames per second and that can be controlled by software or with an external trigger.

Timepix3 has a higher time resolution, reduced timewalk and has a timing accuracy of 1.6 nanoseconds. It offers data driven or list mode read-out of pixels above the threshold. The most important improvement with respect to the original Timepix is the possibility of collecting Time-over-threshhold (ToT) and Time-of-Arrival (ToA) information simultaneously.

“The Timepix detector combined with continuous rotation electron diffraction greatly improved the data quality and shortened the data collection time from hours to minutes. Ab initio structure determination by electron diffraction has now become as feasible as by X-ray diffraction, but from crystals thousands of times smaller than what are needed for X-ray diffraction.” – Professor. Xiaodong Zou, Department of Materials and Environmental Chemistry at Stockholm University

When the Medipix 3 chip was developed, it stood out by making dead time free operation and color imaging possible by improving the energy resolution. The Medipix3RX ASIC operates in counting mode and has an increased frame rate, up to 1,800 frames/s, and can operate in continuous read/write mode.

The Medipix3RX ASIC also features improved spectral performance with respect to other imaging ASICs. Selection on the pulse threshold and spectral resolution can suffer from the charge spread problem. Depending on impact position, energy of an incoming particle and choice of the sensor material, the generated charge can arrive on multiple neighboring pixels of the ASIC. When the threshold is on a fixed level events which have high charge, spread can be lost.

The Medipix3RX ASIC has a special inter pixel circuit that assigns the sum of the charge to the pixel with the highest charge. This is called the charge summing mode.

The Medipix3RX also has an enhanced spectral configuration when bump bonding is done with 110 µm pitch instead of 55 µm. In this configuration and with charge summing mode activated, particles can be counted with four user settable thresholds. This allows simultaneous detection in multiple spectral ranges.

The Cheetah Event TPX3 and the Cheetah 1800 MPX3RX are excellent solutions for various microscopy applications. Ideal for low dose applications for Beam Sensitive materials and suitable for basic electron diffraction (ED) experiments to uses in techniques such as:

The Cheetah excels where standard CCD and CMOS detectors lack the ability to capture the information.