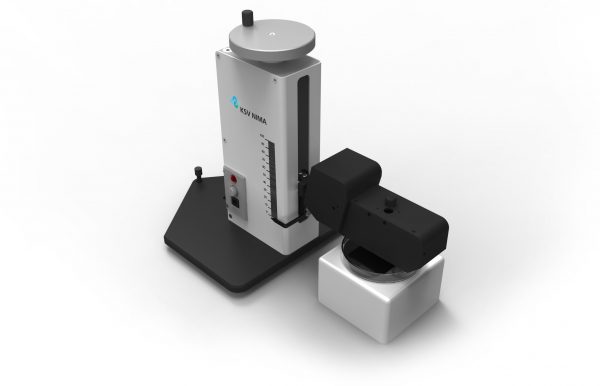 Visualize monolayers at the air-water interface in a Langmuir Trough

By detecting changes in the refractive index of the water surface in the presence of surfactant molecules, MicroBAM provides information on homogeneity, phase behavior and film morphology without the need for any external agents such as fluorescent dyes which could interfere with the Langmuir layer.

The KSV NIMA MicroBAM is an easy-to-use instrument for non-invasive imaging of mono-molecular layers at the air-water interface. The good image quality and lateral resolution make it an ideal instrument for the visualization of morphological film parameters (e.g. compressed film homogeneity, domain size, shape and packing). Real-time observation and recording of film structure enables dynamic activity to be captured.