Historically Surface Science is an outgrowth from several fields of physics and chemistry. One strong “leg” derives from solid state physics, and encompasses the studies of structure, electron structure and dynamics of two-dimensional systems. Another leg, pioneered by Langmuir is the study of chemical processes at surfaces. Surface science underlies and supports many technically important processes and properties like semiconductor processing for microelectronics, heterogenous catalysis, corrosion and corrosion protection, coatings, lubrication, surfactants, (anti)fouling, adhesion, biocompatible materials and electrochemical processes. Development in these and related areas has occurred by simultaneous developments of specific surface science methods like XPS/UPS, AES, SIMS, AFM and STM. 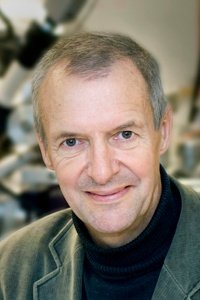 Bengt Kasemo, Professor Emeritus of physics at the Physics Department, Chalmers University of Technology, Sweden is a member of the Royal Swedish Academy of Sciences and the Royal Swedish Academy of Engineering Sciences. He was one of the co-founders of Q-Sense AB in 1996 and was on the Board of Directors of Q-Sense and Biolin Scientific AB for several years. Professor Kasemo’s research projects focus on surface science, bio-interfaces, biomaterials, catalysis, nanotechnology, sensors and scientific instruments, nanotoxicology and nanosafety, as well as sustainable energy.

View our Upcoming and On Demand Webinars